U19 Team Shows Grit and Heart at USA Hockey Nationals

The U19 team was not supposed to make it to Nationals.  But, they surprised everyone and won the MidAm district championships against a team they had never beaten.  The girls’ goal was to ride that momentum into Nationals and play with the same heart they exhibited at the MidAm Championships; they did not disappoint.

Nationals started out for the U19 girls by having to face-off against the highest ranked team, the Massachusetts Spitfires. The girls were not deterred and played hard; but after being heavily outshot, Steel City finally surrendered to a 4-0 loss.

Next up was a team from South Dakota, little was known about this team, but again the girls were up for a fight. Scoreless through the first period the game continued to be evenly matched until a clearing attempt found a South Dakota player coming out of the penalty box at the perfect time,  putting Steel City down 1-0 at the end of the second period.  Steel City came storming out in the third but South Dakota found the net early scoring twice and dashing the hope of a Steel City comeback.

The third game saw Steel City face a familiar foe in the Naperville Sabres. Everyone knew the stakes were on the line for this game.  For both teams it was win or go home. The two teams exchanged chances through the first two periods and headed into the third with a 0-0 tie. This is where Naperville found their break, scoring the first goal 30 seconds into a power play.  Not lying down, Steel city pressed on the attack for the final 6 minutes but their comeback again fell short as Naperville was able to find the empty net securing a 2-0 win.

Head Coach Jim Hill had nothing but positive things to say about his team, commenting, “The girls played hard all week and should be proud in saying that they left it all out there on the ice.”

Assistant Coach Gary Gloeckl noted, “I was most proud of how each of the girls encouraged and supported each other while facing their toughest opponents of the season.   It was great to be a part each girl’s individual development and see them all exceed expectations.” 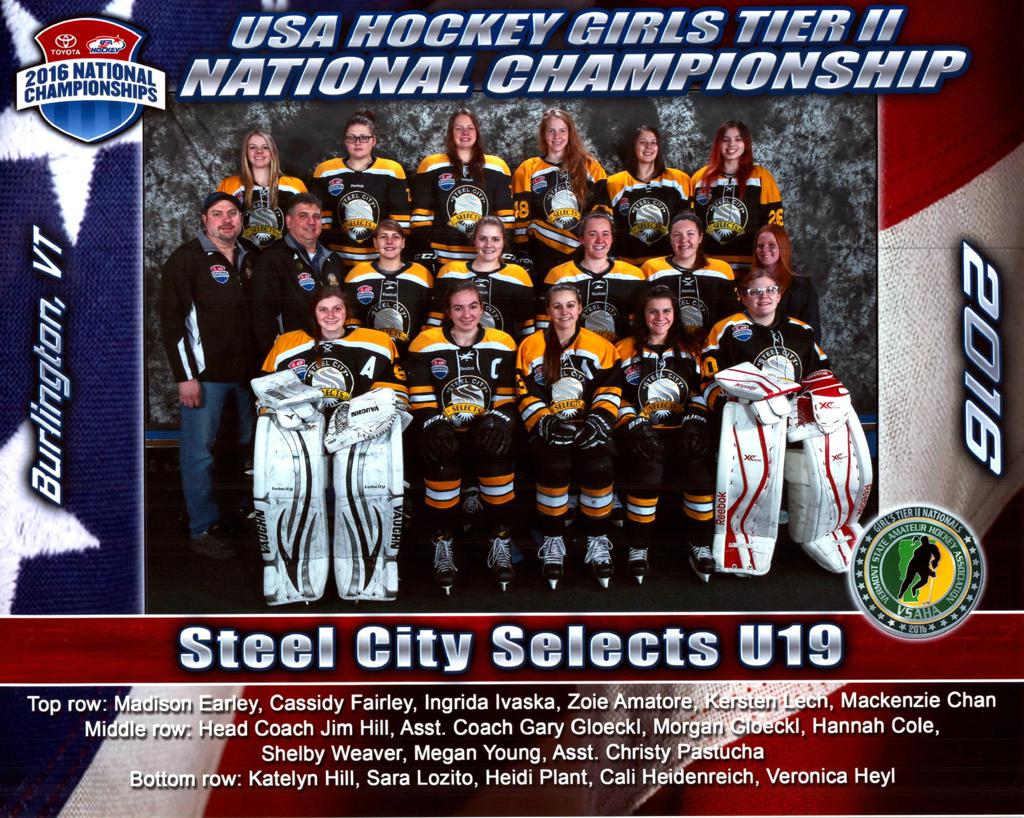