It was a big night at PPG Paints Arena last night.  Not only did Sidney Crosby score his 1,000th point in the NHL, but our very own President, Eileen Granata, was honored as the Hockey Mom of the Month by the Penguins and Northwood Reality!

Between the first and second periods, with her husband by her side and her daughter, Regina participating virtually via FaceTime, Eileen was interviewed by Penguins TV reporter, Celina Pompeani.  (Regina, a former Steel City 19U goalie, is currently in Canada playing for a junior hockey team.)  Eileen talked about her passion for girls hockey and Steel City Selects, and announced that her $500 prize will be donated to SCS to support the teams in their quest for USA Hockey Nationals.

Read all about the award and Eileen's numerous contributions to SCS and girls hockey on the Penguins website.

Congratulations President Eileen!  We are thankful for all you do for us! 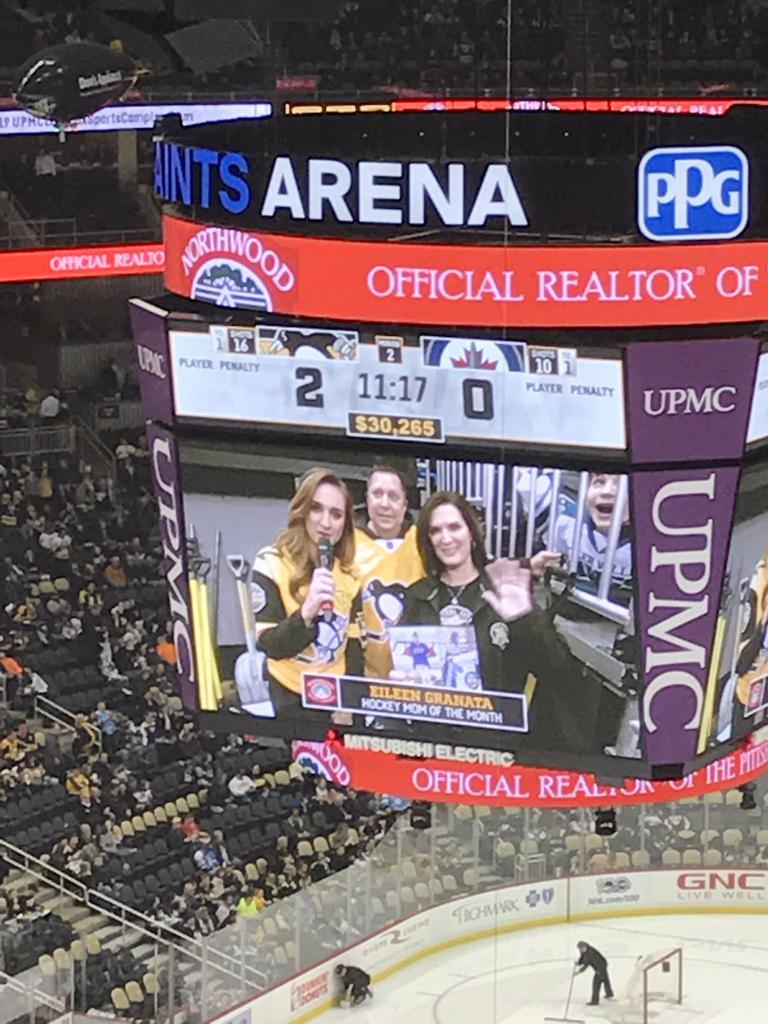