Over the past decade, SCS has stood as the only all-female hockey association in Western Pennsylvania 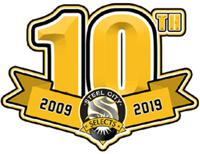 March 30, 2019 will mark the 10th anniversary of the establishment of Steel City Selects (SCS). Throughout the past ten years, SCS has proudly stood as the only all-female hockey association in Western Pennsylvania. As SCS prepares to enter its next decade, it is poised to continue its strong tradition of being the premier destination in the area for female hockey players at the Tier II (AA) level.

The idea for Steel City Selects was born in 2009 as a joint venture between coaches and players from three different Pennsylvania Amateur Hockey League (PAHL) organizations – the Arctic Foxes, the North Pittsburgh Wildcats and the Southpointe Rink Rats. At the time, because the number of girls wanting to play hockey was limited, the girls’ PAHL teams spanned many ages and consisted of a mix beginners and more skilled players. These teams were good options for girls interested in playing recreational-level hockey but, they did not offer the level of competition needed to improve their skills and take them to the next level.

“Jim Napoli from North Pittsburgh, Dave Stanton from Southpointe and Brad Kaiser, Paula Troy and
myself from the Arctic Foxes decided to meet to see what we could do to give the better players an
opportunity to compete at a higher level. We met at the Primanti Brothers restaurant in Crafton and Steel
City Selects was born (Jim Napoli, I believe, came up with the name). Kris Martinez (the mother of one of
our initial players) developed the logo with the input of the girls.”

In its first year, SCS joined the Midwest Girls Hockey League (MWGHL) at the 19U level for a handful of games, while the girls also continued to play on their PAHL teams. The inaugural season was met with great enthusiasm from both players and parents so SCS became a full-time team its second season. As such, SCS expanded beyond its MWGHL schedule with additional tournaments and non-league games, as well as increasing its practice schedule to match. SCS also expanded from the one team to three teams (14U, 16U, 19U) during that second season.

SCS left the MWGHL at the end of the 2015 season and currently has three National-Bound teams which play independent schedules of between 45-60 games throughout the season and practice four times per week. Additionally, in recent years, SCS has expanded to include two development teams (a part-time 12U team and a 16U-minor team) to work with players to grow their skills with the expectation of playing on a National-Bound team in the future.

SCS teams have had numerous successes over the years, beginning as early as the first season. During that inaugural season the team won the division championship at the Connecticut Polar Bears Tournament, which, at the time, was the largest female hockey tournament in the US. By its third season SCS made its first trip to USA Hockey Tier II Nationals. Today SCS continues that tradition with multiple appearances over the years by all teams at USA Hockey Nationals; and in 2017, the 19U team brought home a bronze medal from Nationals.

“As a founding board member, it's terrific to see the organization grow successfully. A prime focus of my personal involvement in youth ice hockey has always been to develop opportunities for girls to play this game. By far, SCS has been the most successful female youth hockey program with which I've been involved, and this is due in large part to the efforts of those that followed the founding board members to continue to develop the organization. So many female hockey organizations have come and gone in the Pittsburgh area, and it’s great to see continuity and longevity from the Steel City Selects!”

"As the current President and having been involved with SCS for the past five years, I’m so proud of the accomplishment of our players, teams and organization. Our mission from day one was to develop and prepare female athletes for the opportunity to play at higher levels, including on college teams. We strive to build a foundation to develop female self-confidence, esteem, teamwork and leadership. Each season, we see the success in our players as they achieve their individual goals and team accomplishments. As excited as we are to celebrate 10 years of girls hockey, we are thrilled to see how far we can grow in the next 20 years!”

Steel City Selects is hosting the 4th Annual Steel City Girls Invitational Tournament this coming weekend, February 15-18 at Baierl Ice Complex in Warrendale. Twenty-three (23) girls’ hockey teams from all over the country will compete at the 12U, 14U, 16U and 19U age levels. The event is free and open to the public. 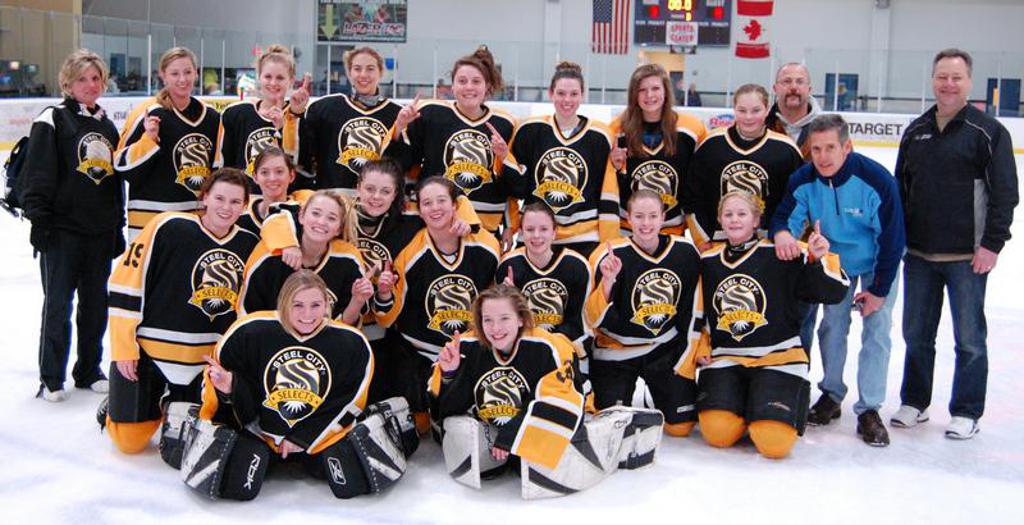