These girls put in some intense workouts over the summer, including each of them running a 5K.  They have been going at 110% on and off the ice.

Coach Eddie Plastino made the transition from parent to coach this year.  While his daughter plays on the 16U, he is guiding our 14U team.  Eddie has coached girls' hockey in Canada and the United States for 8 years, most recently with the Tri-Valley Lady Blue Devils from Northern California.  He rounds out his coaching staff with Ryan Wilson, Justin Sullivan and Steph Moon.

Our 14U team is preparing to defend their MidAm Championship banner this year and travel to USA Hockey Nationals in March.  This year, the Girls Tier II tournament will be held in Anaheim, CA. 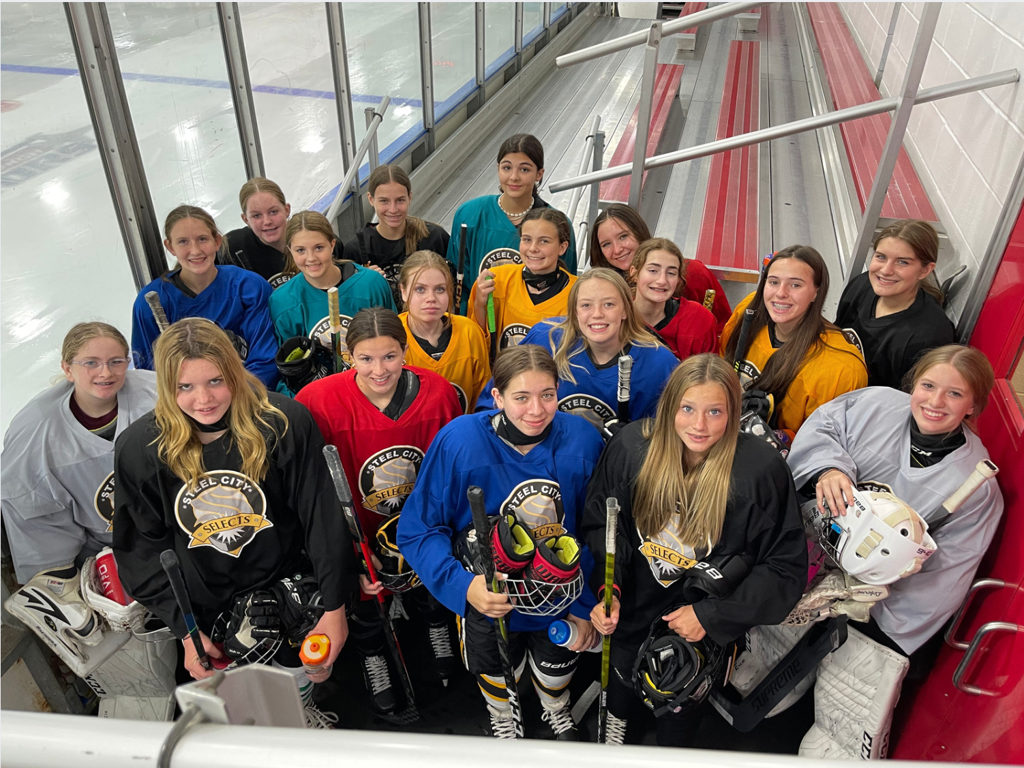